In August I drove through Oregon, California, Nevada, and Arizona to reach Albuquerque, New Mexico. I moved into my home for the year, Teacher’s Hall on the Campus of Menaul School. From Albuquerque I flew to NYC, NY to attend orientation led by staff and YAV alumni with the 70 other Young Adult Volunteers before we dispersed across the country and world. I met my four fellow ABQ YAVs—Taylor, Bethany, Claire, and Ana—and we returned to Albuquerque. Once back in New Mexico, we learned about the history and culture of our new home and shared our first supper together. 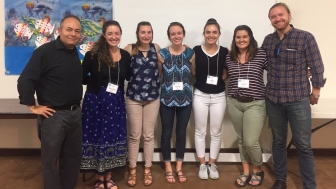 In September I had my first day of work as a caseworker for Veterans at Heading Home. It has been a steep learning curve learning how to best help individuals in their journey to exiting homelessness, and I am still climbing that curve. In early September we also attended a rally in support of DACA after President Trump repealed. It was inspiring and heartbreaking to see many sects of the Albuquerque community—Native Americans, Latinos, and Anglos—come together to support those at risk of losing the only life they know. We heard many DACA recipients who were current high school, college, law, and medical students speak out against the policy changes that would lead to their deportation. A few of us YAVs participated in a 50-mile pilgrimage for unity among Christian denominations from Ghost Ranch to Chimayó Sanctuary. We greatly enjoyed learning about the spiritual practice of pilgrimage, as well as meeting fellow Christian brothers and sisters from the South West. 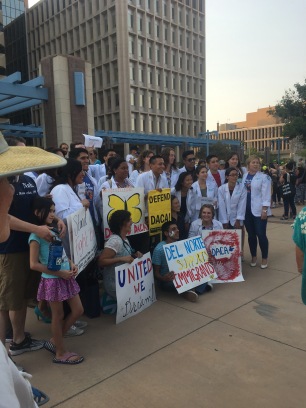 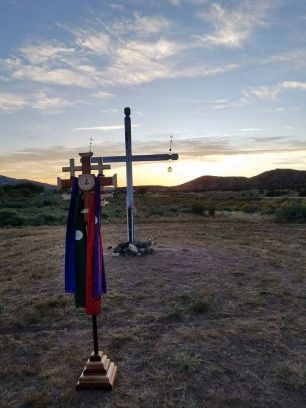 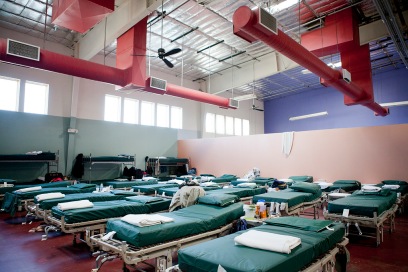 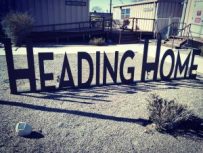 In October we attended the famous, International Balloon Fiesta held annually in Albuquerque. We arose before sunrise to watch hundreds of colorful balloons ascend into the sky. Instead of acknowledging Columbus Day, Santa Fe celebrates Indigenous Peoples Day which we were fortunate to partake in. We attended the Presbytery meeting at Ghost Ranch, where we spoke about our experiences as YAVs, learned about the governmental structure of the church, and met many of the individuals who were key in making Albuquerque a YAV site. After the meeting we spent time hiking around the breathtaking landscape of Ghost Ranch to hike Kitchen Mesa and Chimney Rock. For Halloween we helped our fellow YAV, Bethany, with the Halloween carnival she planned for the community surrounding La Mesa Presbyterian Church. The neighborhood around the church is one of the poorest in Albuquerque and is known locally as the “war-zone” due to the high rate of crime and violence in the area. It was nice to provide a safe and fun place for families to celebrate Halloween. 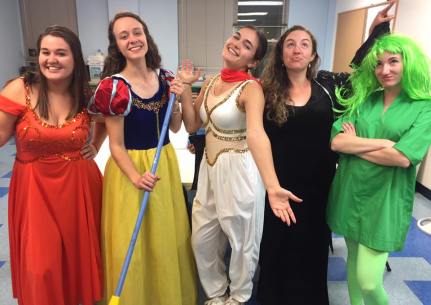 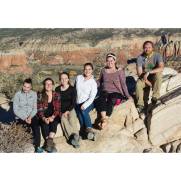 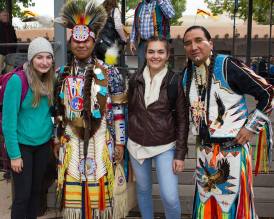 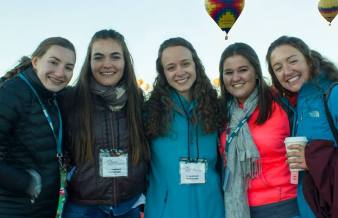 In November we traveled to Tucson and then Douglas-Agua Prieta on the Arizona-Mexico Border to learn about border issues with a Christian perspective. Looking at immigrants as children of God, I was horrified by the way our policies and practices essential herd immigrants through the most lethal geographic regions in hopes of deterring immigrants but actually causing hundreds of deaths of men, women, and children per year. For Veteran’s Day I planned a trip to take all veterans at the shelter out to dinner at Golden Corral buffet. It was one of the more stressful social events I’ve planned in my life, but everyone made it there and back in one piece and had a wonderful time eating delicious food with friends. We celebrated many Thanksgivings—with the members of churches who kindly invited us and other “orphans” over, with clients at work, and among ourselves over Chinese food. It was difficult being away from family at that time, but it brought us closer to each other and the community of Albuquerque. 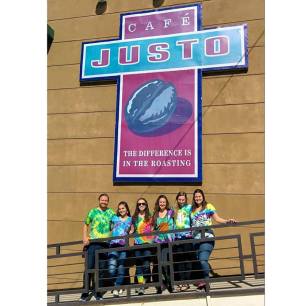 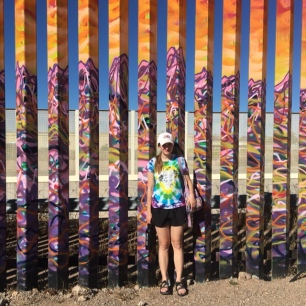 December has been a whirlwind of holiday events, social outings, and preparations for trips home. We had the chance to have a potluck Christmas dinner with all residents in Teacher’s Hall, write Christmas cards for all those we’ve met this year, and prepare 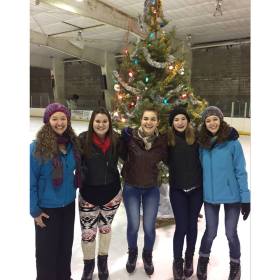 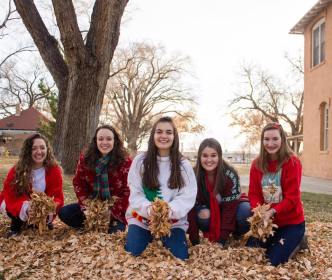 winter kits for any people experiencing homelessness we meet on the streets. We also enjoyed a trip to the ice skating rink before flying home.

This is a text widget, which allows you to add text or HTML to your sidebar. You can use them to display text, links, images, HTML, or a combination of these. Edit them in the Widget section of the Customizer.